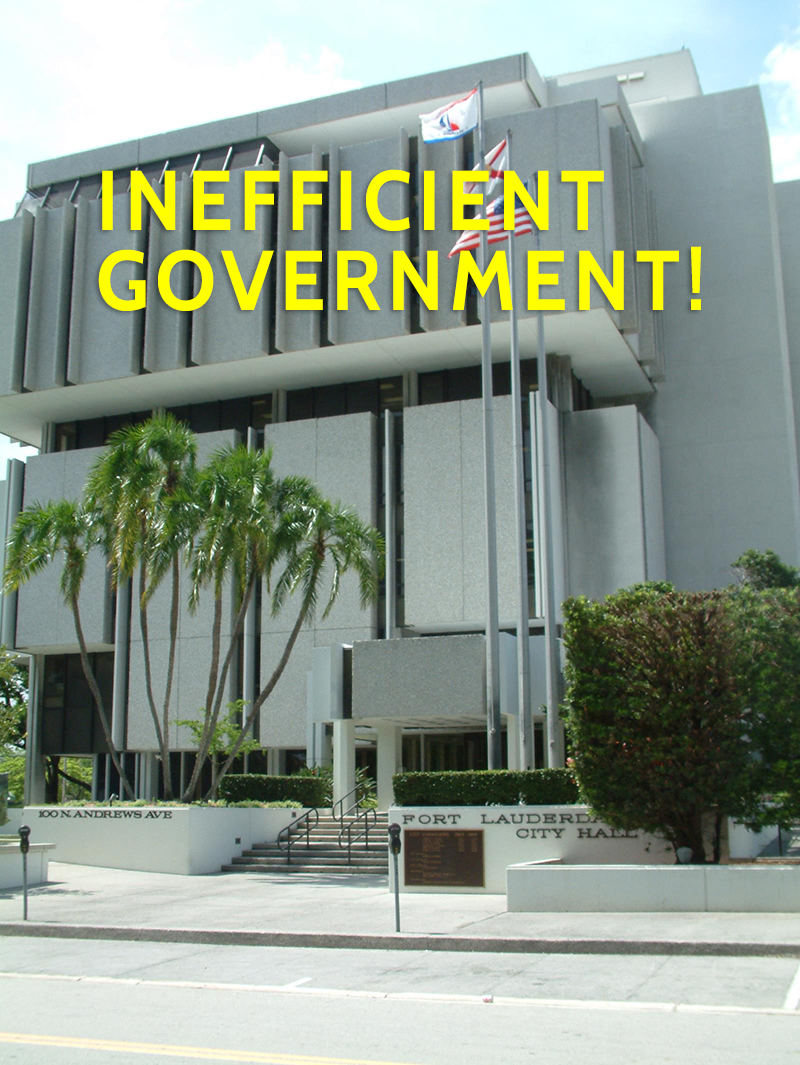 Some Commissioners have been disappointed by the quality of administrative services from  the Fort Lauderdale City Commission.   These “serious shortcomings” include staff grievances and dissatisfied employees, and lengthy delays for people trying to get permits for building purposes or even something as simple as replacing windows and doors.  The slow pace of things at the City can hurt the local economy and fixes are being sought.

As for how long it takes to get things done, City Manager Feldman said the city’s rules are “very convoluted to get things moving here.” He said he has very little spending authority for a city of Fort Lauderdale’s size, which eats up staff time preparing agenda items on very small dollar amounts to get commission approval, mentioning a $5,720 item on the evening’s agenda.

Feldman also said the city’s request-for-proposal process means once commissioners decide on a course of action, it takes six to eight months just to get the process going.

Roberts and Seiler said Feldman should bring forward proposed changes if there are regulations that can be modified to make the city work more efficiently. Seiler asked Feldman and City Attorney Cynthia Everett to come back with proposals that can be addressed by amending an ordinance or through a charter change referendum.

Sales Tax Increase up for a vote

The commission on Tuesday favored a cities-supported penny increase in the sales tax to pay for infrastructure needs. In order for the referendum to get on the ballot, similar resolutions will have to be approved by city commissions representing a majority of the county’s population.

While the vote was unanimous, commissioners said they would be willing to rescind it if Broward County commissioners come up with an alternate sales tax referendum for transportation-related issues.

County commissioners on Tuesday weren’t able to reach a decision about that plan. The county proposal would give cities 25 percent of the sales tax revenue; cities have asked for 35 percent.

Fort Lauderdale sees the proposal as a win, because part of the county’s transportation plan is to expand the planned Wave electric streetcar system downtown.
This post doesn’t reflect any of Fort Lauderdale Locksmith views, and is just for entertainment value.