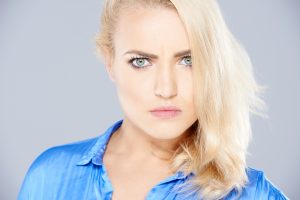 Every now and then experienced locksmiths find themselves in the midst of a sensitive
family situation. I have seen family members in the middle of a dramatic fight, I have
seen couples exchanging spiteful looks while I unlock their door, I have seen tragic
moments and I have seen scary moments. It’s the nature of our job, to be called in to
some unusual moments.

One morning we received a call to our Locksmiths Coral Gables office. The caller was a
young woman, who said she had a safe she couldn’t open. When I arrived to her well
kept beautiful house, she told me that until recently this was a home for what she
thought was a happy couple. However, just a few days ago, her husband announced he
was leaving her for another woman, packed a few things and left. I expected her to
break into tears when she told me that sad story, but in fact she seemed more angry
than sad. She said that right before her husband left, he changed the code to their
house safe, to a new code she didn’t know. She was outraged about it, especially since
some of her savings were in there, and demanded the safe to be opened right away.
I took a look at the safe. Having worked for many years for Coral Gables Locksmiths, I
have opened a lot of safes, and this one was no different. When I opened the safe door
her eyes shone – inside, next to her jewelry, were two big stacks of cash. She explained
these were vacation savings of theirs, and she was worried her husband took it with him
to his lover. Since she wasn’t going on a vacation with him anymore, she announced, she
will now take the cash to a money spending spree in Orlando. She laughed loudly, and
seemed almost happy.

Right then she noticed something else – under the stacks of money were a few small
boxes, with what seemed to be expensive cosmetics products. Her eyes narrowed.
When I asked what was going on she answered that she never dared buying such
expensive products, and this was probably her husband’s lover’s creams. I could see
her getting angry, but she kept a leveled tone, when she asked me to change the safe’s
code to a new one. “My husband will be back in a few days”, she explained. “He wasted
my time and money when he forced me to call a locksmith just to open our safe, so now
he should get a taste of his own medicine”.

I did as she asked and went back to our locksmiths Coral Gables office. I was about to
forget the whole ordeal when a call came, a few days later, from a man at the same
address. It was the husband, who came back and wanted to unlock his safe. Our Coral Gables Locksmiths office sent another locksmith to the case, so I wasn’t there when they
opened it, but I can only imagine that he wasn’t happy to discover the surprise his wife prepared for him…