In the weeks leading up to the historical trip of US President Barack Obama to Cuba many Floridians, mainly Miami residents, held their breath. The decades long embargo was put in place because of a bygone East West battle between the US and Soviets, Cuba included. This trip has been controversial and met with both skepticism and interes – with most skepticism arising within Miami’s strong Cuban community.

Many are asking – why now? It’s been noted that Obama has been trying to solidify his legacy by breaking through obstacles that have plagued past presidents. Despite the ire coming from many American Cubans, many Americans are hopeful and eager to explore the business opportunities in this mythical land that has been closed and in a time capsule for years.

Even in the face of today’s terror attacks in Brussels Obama didn’t let that rain down on his Havana fun. He can be seen attending a baseball game and participating in the wave several times all the while smiling. 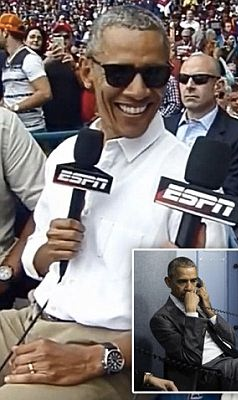